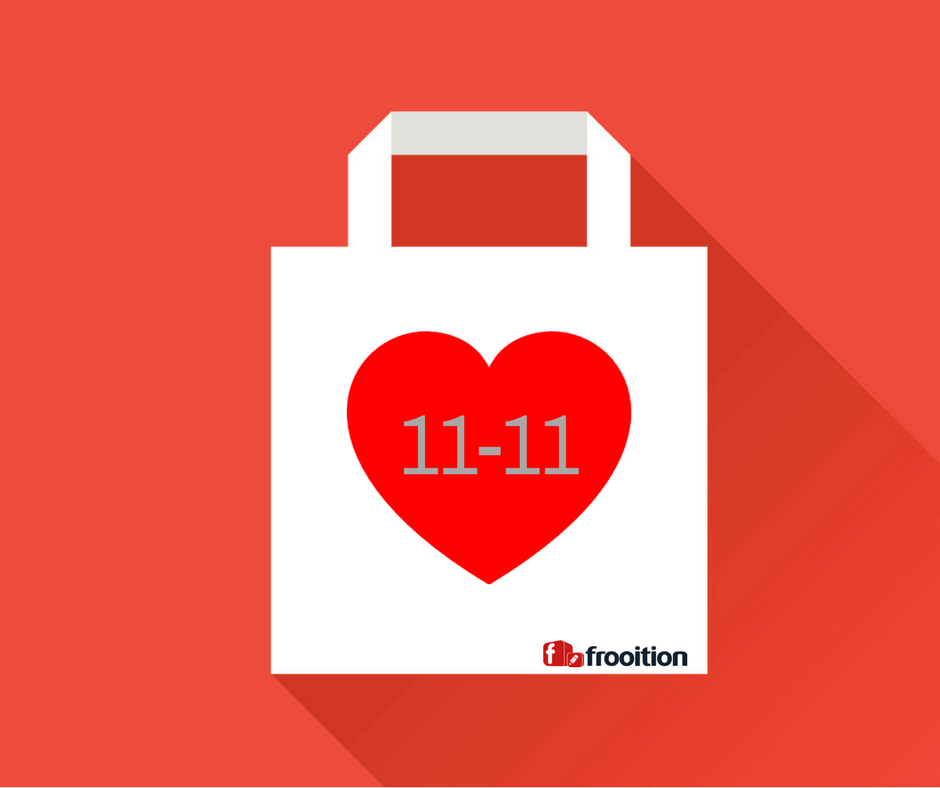 No one is exactly sure how singles day started, but the most popular e-commerce legend is that it emerged from the dorms of Nanjing University in 1993 when four single male students got together to discuss how to make single life more fun. One suggested that because of the ones in the date, November 11 would be a good day on which to organize activities for singles. What started as the tradition of a small group of friends gradually became a tradition for the whole university, and by the early 2000s had spread throughout the country. A kind of anti-valentines day, hard-working young singles could use the day as an excuse to get together and do fun stuff like visit karaoke bars together and eat youtiao – fried dough strips that resemble the number one. All good-hearted, innocent fun.

Then in 2009, Jack Ma decided to populate a lull period in Alibaba’s sales calendar by monetizing singles day; and the rest is now e-commerce history.

Over the next few years, Alibaba, JD, and other Chinese e-commerce players all expanded their one-day discounts, and sales grew exponentially. Singles day has now grown so big, Black Friday and Amazon Prime Day look trivial in comparison. Cyber Monday saw sales reach $3.4 billion in the United States last year, which sounds impressive until you find out that it was less than one-fifth of Alibaba’s sales from Singles Day.

In 2016, retailers on Alibaba’s eCommerce platform took in $17.8 billion in gross sales on singles day. $1 billion worth of orders were placed in the first five minutes of Alibaba’s event.

More items were bought on Alibaba’s platform in that 24 hours than were bought during the entire combined Black Friday and Cyber Monday sales in the United States.

Why Is singles day so big?

Part of the reason is just sheer numbers. Of course, the Chinese market is going too far outstrip the UK or even the U.S. market – by 2022, just the middle class of the Chinese market is expected to reach 550 million people, significantly more than the projected 340 million or so people in all of the United States.

It has been suggested by some industry experts that singles day being a celebration day and not just a shopping holiday may also be an encouraging factor some customers.

How has Singles Day affected retailers outside of China?

Last year, Topshop saw its sales surge by over 900% compared to Singles Day in 2014. “These results clearly indicate how impactful this online calendar moment has become, and as a key focus market for the brand we see 11.11 as a great way to raise brand awareness and conversion in China,” says a Topshop spokesperson.

Quintessentially British greengrocer Waitrose has already expanded its product offering from 30 items to more than 50 on Tmall, and its first Singles Day this year will doubtless provide more valuable insight into what tickles the fancy of Chinese consumers.

Singles Day gets more attention outside of China every year, and this should be no huge surprise. The U.K.’s own adoption of Black Friday is proof that one country’s shopping holidays can be exported to other countries. Adopting singles day would allow retailers outside of China to add a few more weeks to their holiday shopping season, helping to smooth some of their sales peaks, hire fewer people for a longer time, have some wiggle room to respond to unexpected spikes in demand or supply chain disasters, and still keep Black Friday as a lower-pressure, enjoyable shopping day – and as a result, make more of those all-important sales at a better margin to begin with.