If you’re in e-commerce and you sell on Amazon, you’ve probably used FBA (Fulfilment by Amazon)…. But, let’s face it, you’ve probably also found yourself frustrated by FBA and have looked for alternatives, perhaps to no avail. Well, there is now an answer and we’re called Huboo – a new fulfilment service for e-commerce. We’ll admit, we may be just a little bit biased here at Huboo HQ, but we think our service comes with an enormous amount of benefits which make us a more than viable alternative to FBA. But because we’re such big fans of transparency, this will be a whistle stop tour of FBA vs. Huboo, so you can make your mind up yourself as to what… Read more »

Building an online store is easier said than done. There are so many factors to take into consideration that sometimes it can be overwhelming. But, like anything in life, it’s important to mind the details if you want to have any success. And, no matter how experienced you are with online retail, there’s always something you could do better. That’s why we’ve created this list of the top 10 Dos and Don’ts for your online store.   Whether you’re an ecommerce newbie or a chiseled veteran, you’re sure to find some golden words of wisdom in this list. (And, read through the whole list for a Bonus tip at the end.) Here are the top 10 Dos and Don’ts when… Read more » 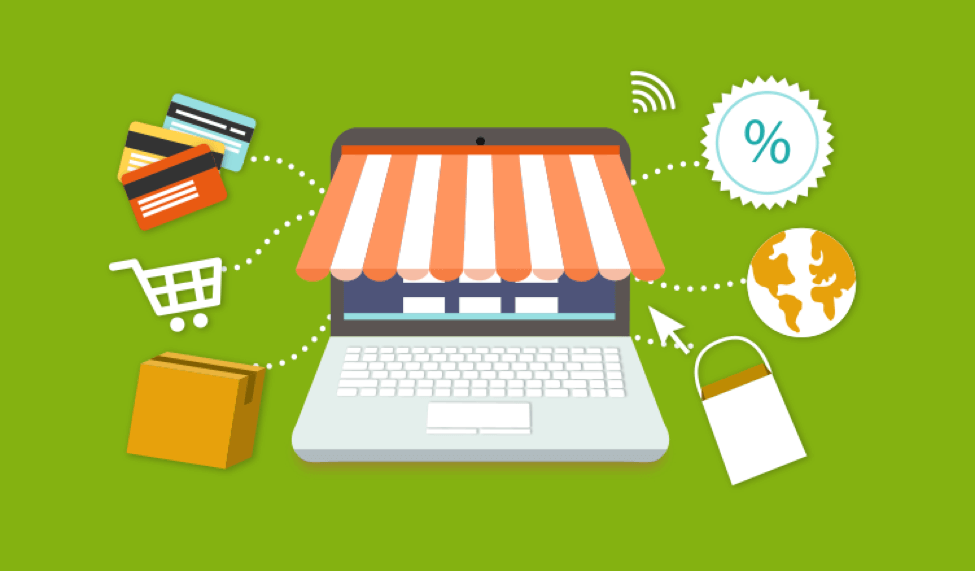 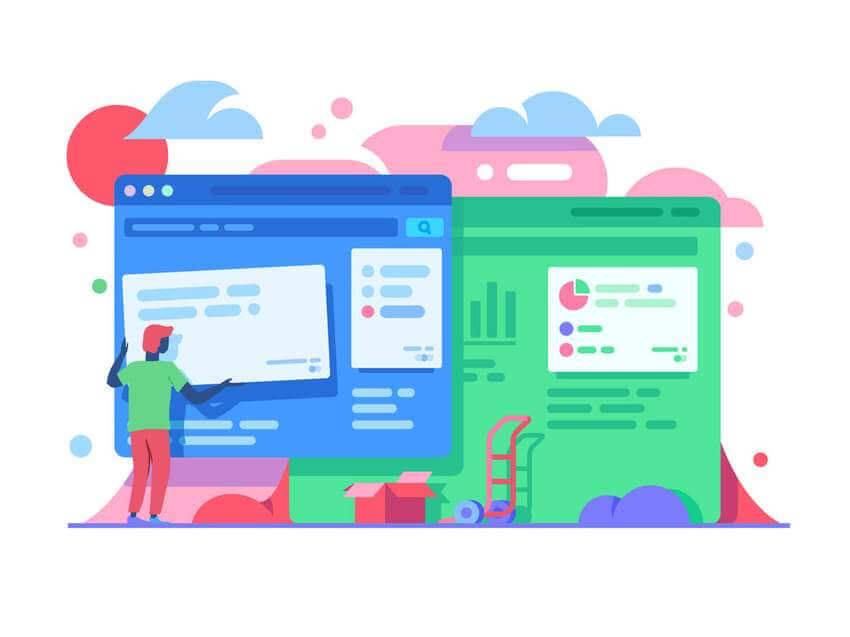 Colour is one of the most powerful elements of a designer’s toolkit. The best colour schemes for ecommerce websites grab attention, evoke emotion and carry meaning. Colours play a significant role in establishing a strong brand recognition that helps in boosting conversion. 90% of impulsive decisions to buy a product are based on colour alone. So colour is important. But how do designers come up with the right colours to project your brand identity? You can use this article as a guide to start defining a process for choosing the right colour palette for your next brand or website.   Content: What colours say to customers. Choosing colours to work together. Minimal ecommerce website design and the isolation effect.   What… Read more »

Popularised by business bloggers and keynote speakers, the phrase growth hacking is the perfect mix of snappy enthusiasm and aspiration. Like hustle, it’s a phrase that’s never monotone. There’s a natural energy to it’s quick simplicity. Growth – we all want that. Hacking – getting what we want even faster and with less investment?! Even better! This phrase is music to every entrepreneur’s ears. The promise of their dreams. But going beyond the enthusiastic promise of easy growth, past the bright smiles of influencers and their incredible drop shipping claims, what does growth hacking really entail? Growth hacking is when a company uses ideas, tools, technology and products in intelligent and creative ways to generate more customers or conversions. Often… Read more » 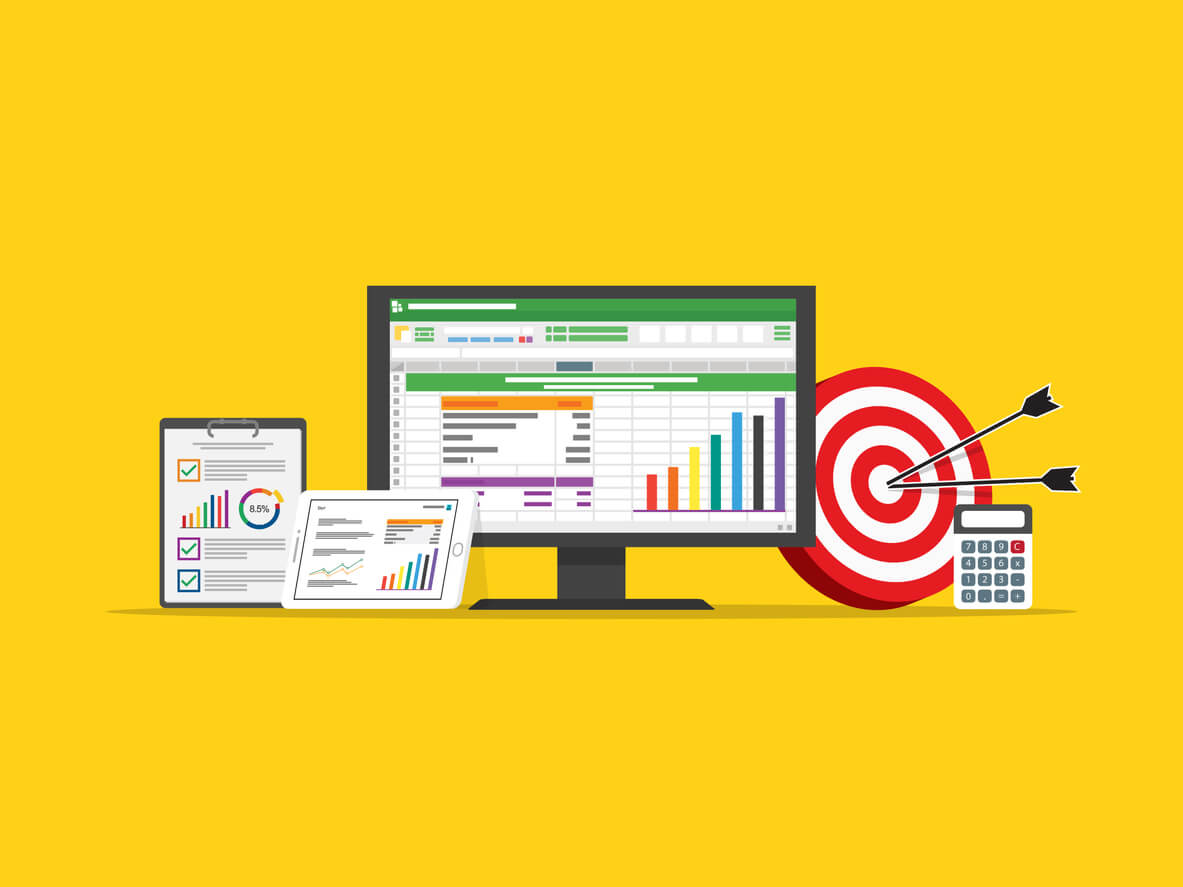 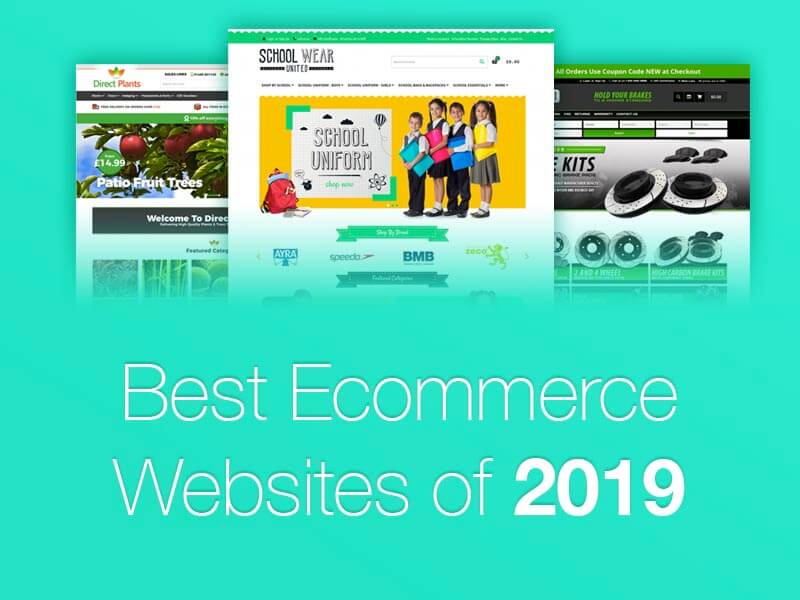 Our Best Ecommerce Website Designs in 2019: As we cross the half way point of the year we decided to compile our list of the Best Ecommerce Website designs we have completed this year. We have rated the designs based on the UX (look and feel) of the site but also the UI and features of the site that make these sites unique. 1.Direct Plants Direct Plants are a valued Frooition customer who were having issues with the speed of their existing store. The store was on a legacy self hosted platform. The site was taking in excess of 30 seconds to load and was being penalised in search as well as discouraging buyers. Direct Plants contacted Andy at Frooition… Read more »

Email is one of the highest converting forms of e-commerce marketing. Every e-commerce business should be sending regular mails. If you haven’t already got one, you should make building your mailing list a priority. Following that, you should start to build your e-commerce email campaigns. To get you ready, we will take you through the four top performing types of e-commerce emails and how they can work for your e-commerce business.   1. Order confirmation   Order confirmations acknowledge a customer’s purchase.   Why is this email type important?   This type of email is automatic with Shopify and BigCommerce stores. Merchants often overlook the potential for it, seeing it as just a delivery email, a common courtesy. But, everyone… Read more » 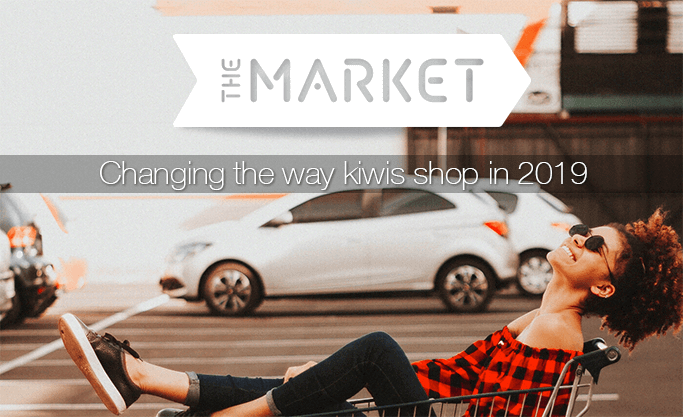 Launching soon, TheMarket is set to excite New Zealand shoppers with a beautifully curated lifestyle Marketplace.  Backed by New Zealand’s largest retail group The Warehouse, TheMarket will leverage off the well-established customer database of 3.5 million. The Experience. The extensive, content-rich e-commerce platform will offer curated lifestyle & brands, and in-season range.  During the first 6 months from launch, all sellers on The Market will be offered a free, weighted share of traffic which will drive discoverability of their products.  Sellers can create their own store fronts on the platform to create a fully-branded, engaging experience for their customers. “TheMarket is a large, content-rich e-commerce marketplace platform offering merchants a broad reach to New Zealanders.  We focus on curated lifestyle products & brands… Read more »

Marketing a BigCommerce store, it’s always important to keep consistent branding. From your products to your customer service responses. Branding goes far beyond adding your logo to everything. But when marketing a BigCommerce store, it’s easy to get lost in the numbers and forget the importance of making a good first impression. The most important part of your customers’ experience is the first impression, followed by your effort to continue that experience through the course of their buying journey. We are going to go through some marketing trends that are making a real impact in e-commerce. You can test these trends out for yourself – no extra spending needed!   Focus on the new generation   Generation Z were born between… Read more » 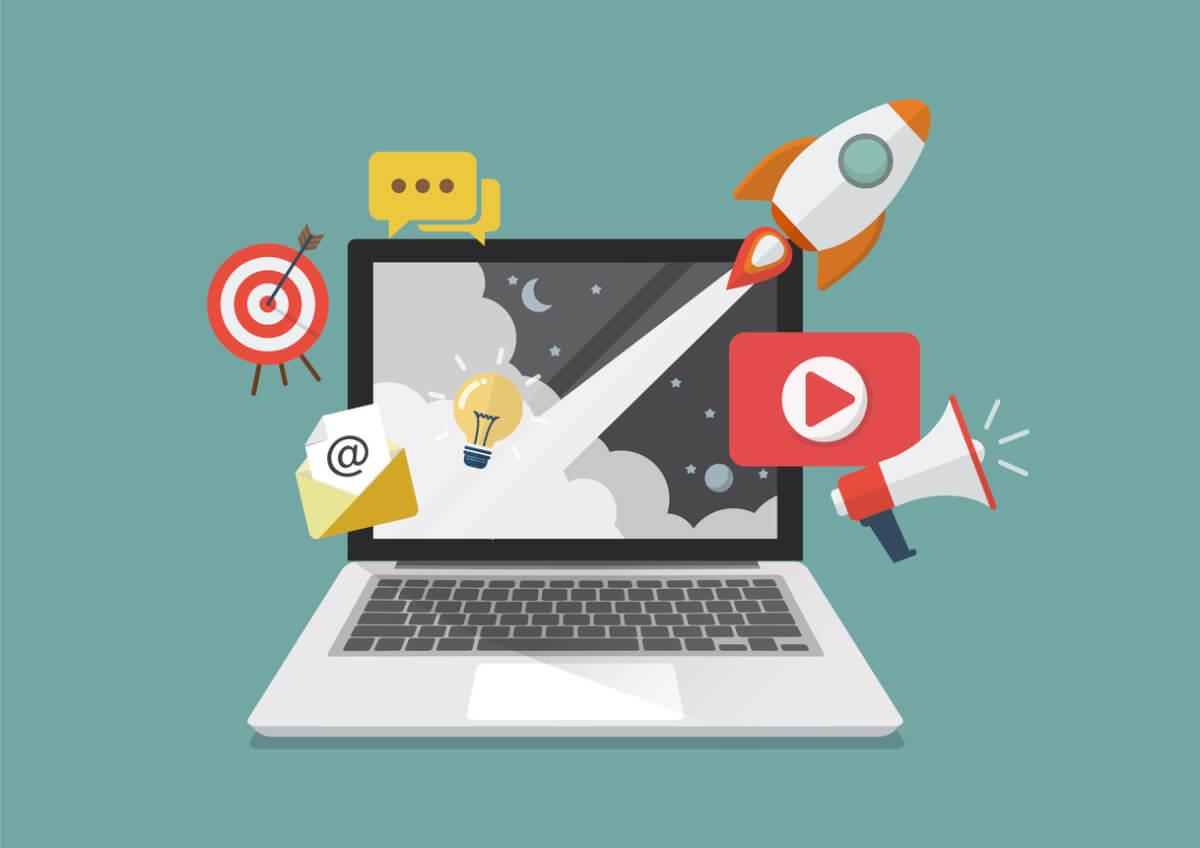 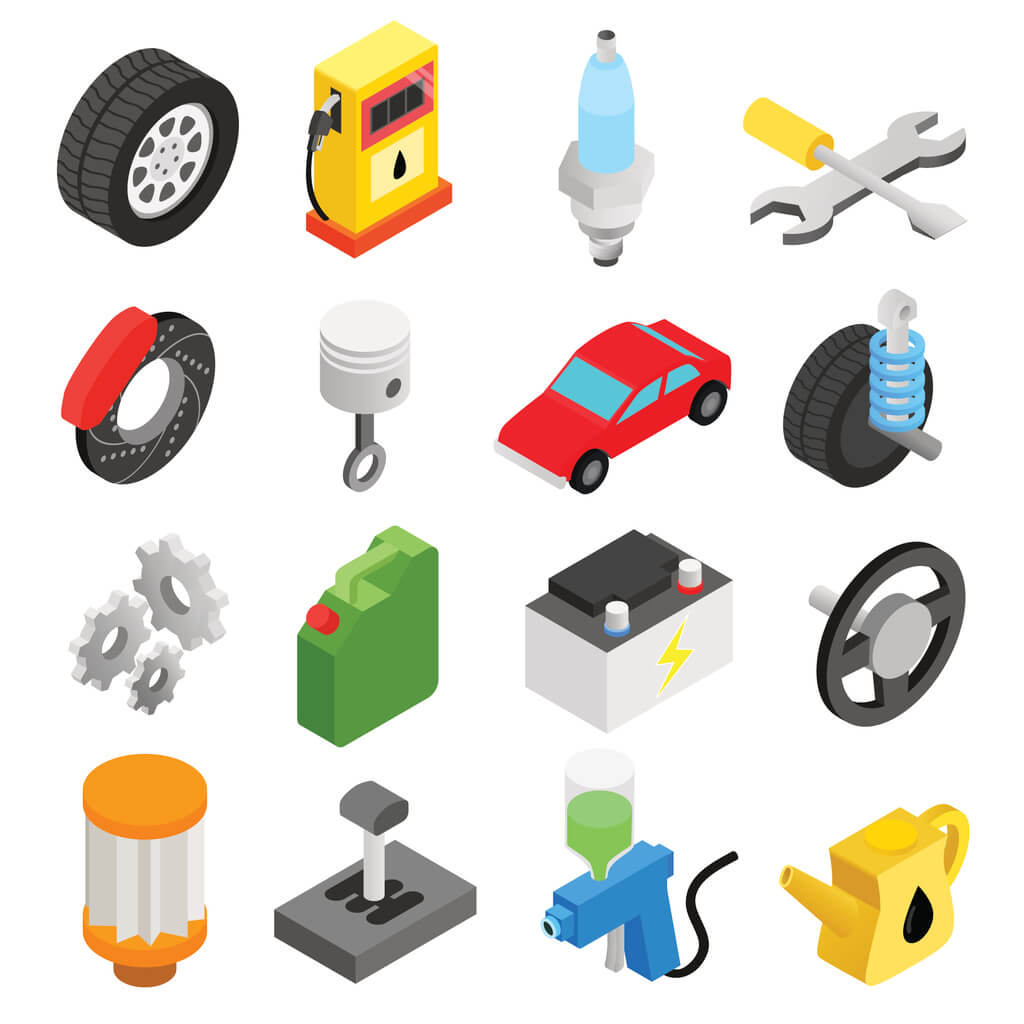 You can sell all types of vehicles including cars, trucks and motorcycles, as well as their parts and accessories in the motors category on eBay UK motors. Vehicles, parts and accessories can be listed in the same formats as most other product categories. You can choose to list as an auction, buy it now or best offer.   Should you sell car parts on eBay UK motors?   Earlier this year, eBay UK motors merged with motors.co.uk. Listings now reach ten million unique car buyers. Broadening their reach in the UK motor trade has in turn increased car parts sales on eBay. A car or truck part is sold every two seconds on eBay. Customers love buying car parts… Read more »

Traffic is guaranteed on eBay. But converting viewers into customers and increasing order value will always be a challenge. For your business to grow, you should be cross selling on eBay. When done right, cross selling can help customers, shorten the purchase journey, and increase revenue.   What is cross selling and why do you need it on eBay? It’s easy to confuse cross-selling with up-selling. However, they are separate techniques. Up-selling typically involves trading up to a better version of what’s being purchased. Cross selling is selling an additional product to a customer to increase the value of the sale. A perfect example of this would be to think of the phone case or the insurance that they always try… Read more » 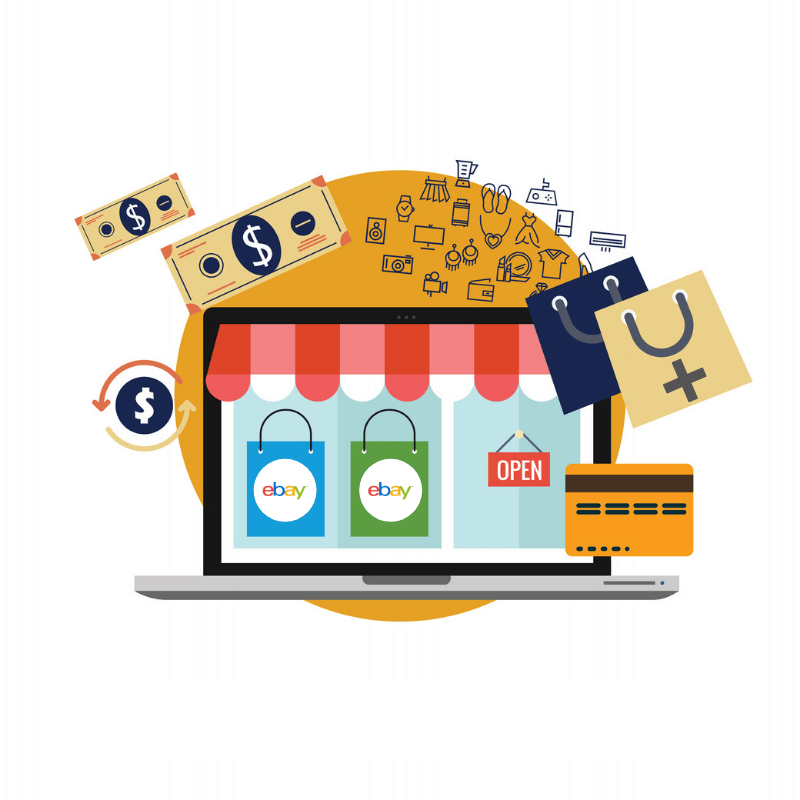