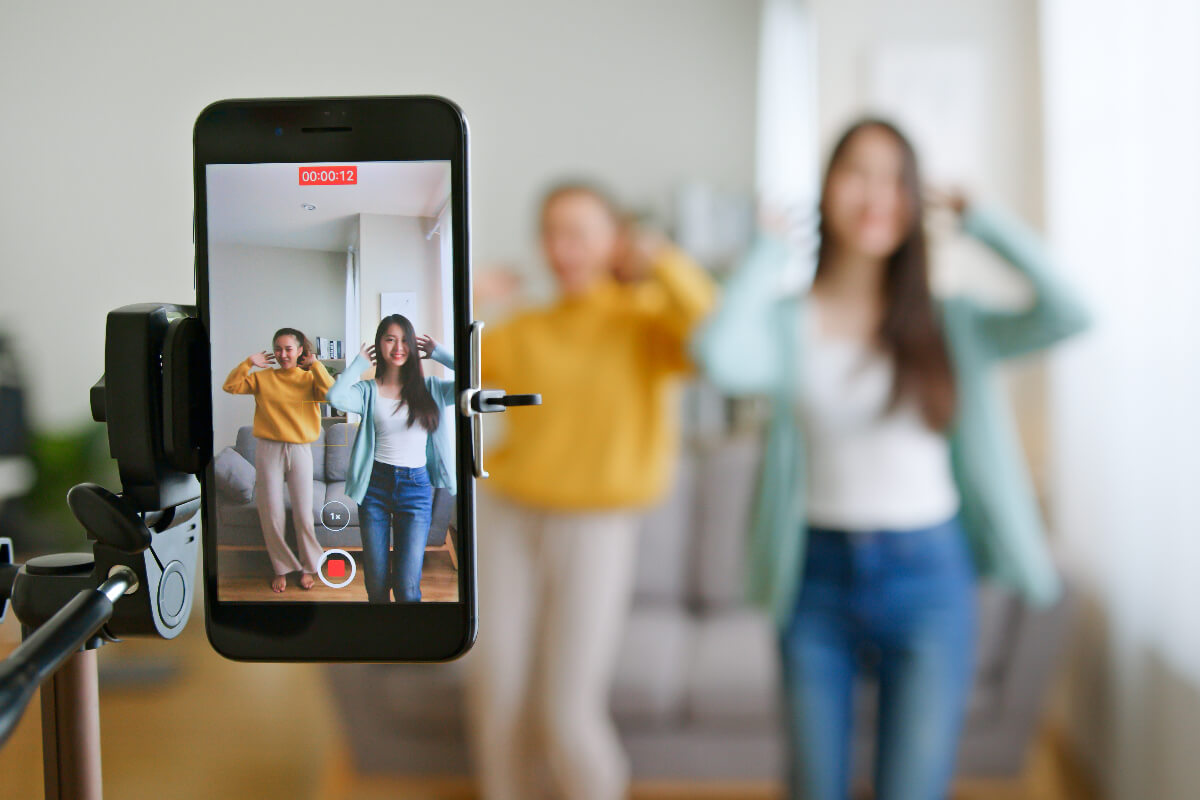 As a content marketer, I’ve always been a big fan of social media. I’ve long relied on social channels like Twitter, Facebook, and LinkedIn to engage in conversations with the various marketing communities I serve, and they have helped me drive traffic to my blog posts, video content, and podcasts.

However, as a busy B2B marketer, I’m also conscious that engaging appropriately with every social media channel would be impossible. So I invest my time in the channels I believe my audience is predominantly based. This is why I’ve never given more than a cursory look at social channels like Snapchat or Pinterest to promote my objectives.

But now and again, a social media channel comes along that completely shakes everything up and deserves a closer look. With more than one billion active users, I’d be an absolute fool if I ignored TikTok.

Well, that’s how it first started, but these days, it’s playing to a much more mature audience. Approximately 68% of TikTok users are above the age of 20. However, with that said, TikTok’s youthful audience cannot be ignored.

TikTok’s reach is particularly strong with Gen Z audiences. The Gen Z generation currently accounts for 40% of global consumers. In addition, the direct spending power of Gen Z in the United States is estimated to be worth a staggering $150bn to the economy.

TikTok Is Different From Other Social Channels

Many successful TikTok marketers manage to blend entertaining their audience with a very commercial message. Perhaps this is a sign of an entrepreneurial shift in the Gen Z generation where remote working and side hustles are part of the norm.

TikTok As A B2B Marketing Tool

From a B2B marketing experience, I look at a channel like TikTok as a numbers game. If I spend a little time investing in content (maybe 20 minutes a day), I might hit a small number of prospects with every campaign. For a company like Frooition, TikTok primarily drives traffic back to our blog and has seen some success.

However, this is not to say that TikTok hasn’t been successful in its own right.

TikTok has introduced me as a “thought leader” to people I have never met before. In recent months, I’ve been approached at events like IRX and the eBay Roadshow by people asking me if I’m the guy from the videos. One gentleman even suggested I was “famous” on his phone. While much of this interaction is tongue-in-cheek, it has started conversations that have led to further engagement. Isn’t that what social media is all about?

For Frooition, TikTok is perhaps akin to a classified ad in the back of a newspaper. This low-cost, repetitive channel drives customer awareness and promotes action when the client is ready to make a move.

However, it should be more potent for a retailer, particularly targeting Gen Z audiences. I put this to the test by promoting a vanity project/side hustle I’ve been working on for some time.

Earlier in the year, I set up a TikTok account to document a charity bike ride and publishing project I’ve been working on with some friends for several years.

While much of the content “ticked” away, generating a few hundred views and a handful of likes, leading to the occasional donation or book sale, it wasn’t going to change anyone’s world.

Then something changed overnight.

Two of the videos I published suddenly exploded, and between them, they drove 150,000 views in a matter of days. I couldn’t believe my luck. Surely this would lead to numerous charity donations and book sales. Sadly, this did not materialise.

It didn’t take long to realise why “going viral” on TikTok didn’t change my life overnight.

Digging a little deeper into the stats of one of the videos with 81.8k views showed me that those figures were much smaller than I realised.

The average watch time of my 59.9-second video was only 3.9 seconds. Only 0.32% of viewers watched the entire video. This means that only 261 viewers were genuinely engaged with the post. Bizarrely, some 967 viewers “liked” the video, suggesting that “likes” aren’t necessarily worth their weight in gold.

It was also surprising to see that 16% of my views came from Mexico – which might not be the best market to promote a UK charity and an English-language book.

Despite this, I still see the campaign as a success. As with all marketing strategies, it’s how I manage this success and optimise my campaigns moving forward.

What I’ve Learned By Going Viral on TikTok

Is TikTok Part of Your Marketing Strategy?

TikTok represents an incredible opportunity for marketers to place their brand in front of a highly receptive audience. However, it takes real commitment and persistence to drive success.