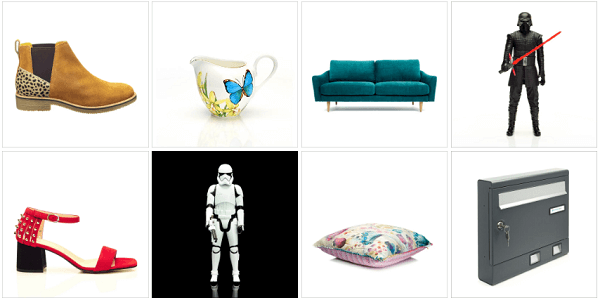 At Frooition, we are big believers in the power of video to increase sales conversions. This is because our clients tell us that they typically see an increase of anywhere between 15% and 30% in conversions when they add video to their eBay listings.

Video is particularly useful in highly visual categories such as home and garden, and fashion, where a static image might not showcase an item to its maximum potential. Video also helps sellers of more complex items, such as technology, auto parts, musical instruments or anything else that would benefit from a quick visual and audio explanation to demonstrate a product’s features. Sellers can also use video to showcase their product or industry knowledge, highlight their professional service, or share customer testimonials.

Video doesn’t have to be complicated. As long as a video adds value to your listings and helps a potential customer make a buying decision, then it is a worthwhile investment.

eBay sellers with access to deep inventory levels should consider high-quality video production to showcase their products. For example, an increasingly popular video technique adopted by many successful online sellers offers a 360 Spin of products, giving potential buyers a complete view of an item.

We spoke with Mark King of ‘Gravity 360’ to learn how eBay sellers can utilise this video production technique.

“360 Spin videos are one of the most cost-effective ways to create product videos for eBay. The process involves shooting 24-36 individual photos of your product, as they are rotated in 10-15 degree increments on a robotic turntable,” says Mark. “The stills photos are then edited and converted into a video that can be uploaded to eBay.”

There are two types of 360 Spin videos:

“Another advantage of shooting 360 Spins is that the individual stills photos used to create the 360 Spin can be used in your products image gallery/carousel,” says Mark. “GIFs can also be created to use on your Social Media channels and in other promotions.”

Retailers operating their own eCommerce stores can also embed an interactive 360 Spin into their product pages. This allows potential customers to personally interact with the product, rotating the image with their mouse or finger and having the ability to zoom in to large magnifications to view specific details of a product.

With more than 20-years of experience in the photographic industry, Gravity 360 uses state-of-the-art robots and complementary lighting techniques to capture high-quality 360 Spins, Video and Product Photography.

“The Studio is capable of shooting anything from an item of Jewellery up to a 3-seater sofa,” says Mark. “We are also experts in creating ‘stop-motion’ animations. This is a great tool that can be used in conjunction with 360 Spins, to illustrate how your products move and operate.”