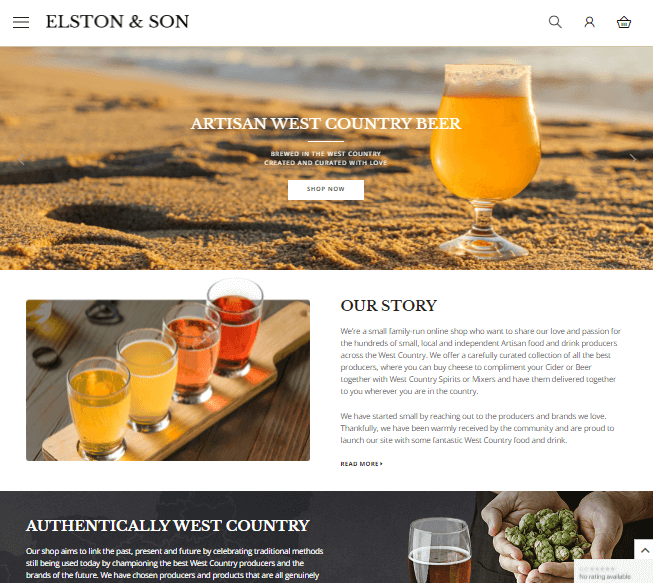 After a long career in retail management and eCommerce, working with major brands, including HMV and Clarks, Dave Elston decided it was time to invest his knowledge and experience into something he could call his own. So, in 2020, he started on a new journey which saw the launch of Elston & Son, a family-run business selling artisan food and drink supplied by local producers in the West Country.

We sat down with Dave to discuss the challenges of launching an online food and beverage business. He also shared his experience about how the skills he developed in the corporate world benefited him as an entrepreneur in the SME arena. Finally, he told us why he partnered with BigCommerce and Frooition to help him build, design, and launch his online store. 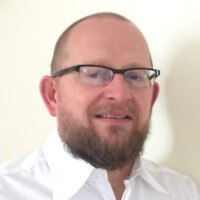 Dave has always been something of an entrepreneur. Starting out in life working in record shops, he soon found himself managing stores for HMV. This experience culminated in him managing the company’s flagship store on London’s Oxford Street.

“At the time, the stores were managed very differently than they are today,” says Dave. “I would say the store manager had almost total autonomy. Merchandising of the promo areas and how much of a particular item you stocked was completely up to you as a store manager. That autonomy was rewarded by a fantastic bonus scheme, which paid out on profit and stock turn (how many times a year you’re selling your stock holding in cash terms). So, you had to be commercial because if you weren’t commercial, you wouldn’t get your bonus.”

Dave explained that his career took a dramatic shift as the music industry went through some “immense” changes, with demand for physical products declining on the back of digital downloads and online piracy.

“I got offered a job at head office, as part of a new team launching a digital music offering,” says Dave. “Looking back on it, my knowledge of that world was absolutely zero, but it sounded like quite an interesting opportunity. So I went on an incredibly steep learning curve in digital music, which was great.”

That learning curve took him along another path when he was asked to join to steer the shoe retailer Clarks’ eCommerce operation in Europe.

“It was an interesting time,” says Dave. “At the time, international eCommerce was done by the majority of UK businesses by simply adding an international option at the checkout.”

Dave explained that Clarks didn’t want to go down that route because its business model was very different in Europe from its direct-to-consumer model in the UK.

“So we went on that journey and launched international eCommerce for Clarks with localised sites, shipping and pricing strategies,” says Dave. “That was brilliant, and I learned shedloads.”

One particular area of interest to Dave was how different cultures across Europe shopped online.

A time for reflection and a new start

“The loss of my father generated quite a lot of thinking on my part in terms of what it is I wanted to do next,” says Dave. “I’d had an idea for quite a while, but it just seemed like the right time to start my own business.”

Dave poured his years of retail and eCommerce experience into creating Elston & Son.

“We specialise in West Country artisan and food and drink,” says Dave. “The thought process started with cider. Then we added cheese because cider and cheese go so well with each other, particularly in the West Country.”

All of Elston & Son’s products come from small, independent suppliers. Most of these suppliers already sell online, although they typically have minimum order levels. Dave saw an opportunity to enable customers to shop in smaller quantities while widening their choice, helping them to discover new products more easily without buying in bulk.

Dave’s first problem was deciding which eCommerce platform to build the Elston & Son business on.

“Do I go bespoke and have someone build the site for me, or do I go down the SaaS route?” says Dave. “Luckily, I knew a lot of people in the industry and had some really interesting conversations about my options.”

The decision to build his business on BigCommerce was based on three criteria – available margin in his products, functionality, and scalability.

“As a small business, I’ve got costs left, right and centre,” says Dave. “Anything I can do to control those costs is welcome. For example, some eCommerce providers want to take a percentage on top of what you already pay your payment providers. BigCommerce didn’t do this.”

After seeking advice from his network of peers, Dave decided BigCommerce provided the best possible solution for his business.

“Before I made my final decision, I asked a ‘techie’ friend to take a look,” says Dave. “He was a WordPress guy and loved the fact you could put a WordPress site on the frontend and have BigCommerce run on the back. He got very excited about it because he didn’t like the idea of being constrained by themes and that sort of thing.”

Although Dave’s decision to go with BigCommerce was fairly simple, he quickly hit a roadblock when it came to building the site.

“I spoke to a couple of industry people about agencies, but they were all aimed at more established businesses and well outside of my budget.”

BigCommerce came to the rescue again and recommended that Dave speak to the eCommerce team at Frooition.

Dave knew exactly what he was looking for in terms of design and build.

“I wanted a really clean and sophisticated look and feel for the site,” says Dave. “So Frooition came up with the theme, and I worked with them on the fonts and colours. They did a great job at taking the design ideas that were in my head and putting them on the screen.”

Dave described the process as being more “agile” than previous experiences in the corporate world when he had teams of upwards of 50 or 60 people working on projects.

“I’ve done a couple of massive re-platforming jobs in my time where the functional spec docs were several inches thick and triple signed off,” says Dave. “This was a lot more of an agile process. So that was interesting for me and initially a little bit out of my comfort zone – but it went really well.” 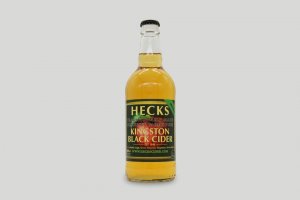 While Frooition built the site, Dave was able to concentrate on other aspects of the business including product photography.

“I wanted a consistent look and feel, so we did all the product photography in-house,” says Dave. “That was a massive learning curve because, we didn’t realise at the time, photographing glass is challenging.”

Dave overcame this problem by investing in product photography tent boxes and hiring a freelancer to clean up and adjust his images’ levels.

“I realise that some of the images are not perfect yet,” says Dave. “But we cannot let perfect be the enemy of the good, and we’ll go back and redo them at some stage.”

As the build progressed, Dave became aware of many other challenges that needed managing before going live.

“Selling alcohol online is a bureaucratic minefield,” says Dave. “First, I had to get a personal license. Then I had to get an alcohol license for the premises, and then I also had to get what is called a supervisors license. I had to do exams and a ton of paperwork. You also have to take out adverts in the local paper to say you are applying for a license. I had no concept at all about any of this before I started.”

Dave also had challenges when selecting which delivery partners to work with.

“You have to make sure your courier is aware that you are selling alcohol,” says Dave. “The other interesting thing about couriers is that half of them won’t carry liquids, and those who do can be a lot more demanding.”

As the project progressed, Dave started thinking about how he was going to market the site.

“We’re doing everything we can to make sure that the site’s SEO is solid and will grow,” says Dave. “URL structure is important. BigCommerce will automatically create the URLs for you, but we’ve also gone in and optimised some of them. Another thing we are looking at is content. We’ve got loads of opportunities to build some great content and further drive our SEO.

Dave is also investing time and budget into paid search and shopping and looking at both paid and organic social activities.

At this time, there is a lot of experimentation and testing going on,” says Dave. “We’re looking at balancing discoverability, conversions, new customer experience, and repeat business.”

Dave admits the process of building Elston & Son has been a rollercoaster at times, but now the site is live, he’s happy to see customers endorsing many of the decisions he made.

“Seeing what people are buying is great,” says Dave. “It reinforces the decisions I made about what I was going to stock. So that’s been really positive.”

He’s also delighted with the support he has received from BigCommerce and Frooition throughout the build and launch process.

“Since we finished the build, the support I’ve had from Frooition has been great,” says Dave. “There have been a few things I’ve wanted to change, and they’ve been very flexible. A lot of people in ‘the industry’ have looked at my website, and they think it’s excellent.”